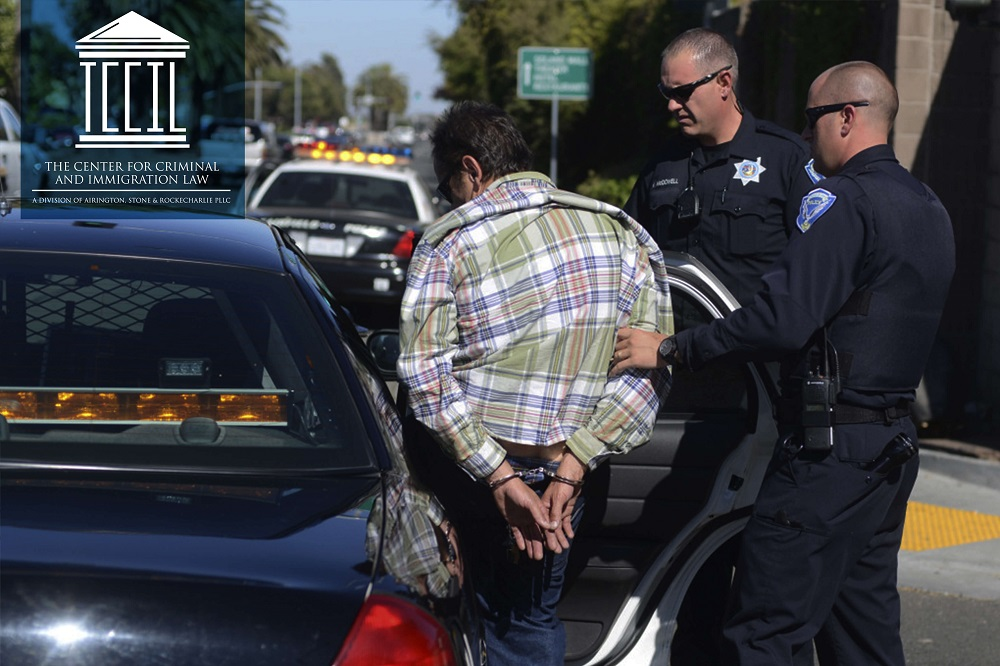 What To Expect When Your Family Member is Arrested in Virginia

When your loved one is arrested in Virginia, you may have a thousand questions racing through your mind. How can I see them? Where are they being held? How can I get them out of jail as soon as possible?

At The Center for Criminal and Immigration Law, we understand that having a family member be arrested is one of the most overwhelming and stressful periods in your life. We always recommend contacting and hiring an attorney as soon as possible. Keep reading for an overview of what happens when a person is arrested in Virginia, and what you can do to assist your loved one along the way.

When a person has been taken into police custody in Virginia, they will typically meet with a magistrate for a bail determination. A magistrate is a judicial officer who has the power to issue warrants and decide whether someone is released on bond or held without bond. When making an initial bond determination the magistrate will consider several factors, including the seriousness of the charge and whether the person has a criminal record.

If a magistrate releases someone on bond, that person will then sign paperwork agreeing to appear in court and comply with certain conditions. If the magistrate orders that a person be held without bond, that person will then be taken to the local jail and held there until their first court appearance. This usually happens within 1-3 days from when they were arrested. Generally, the person will be taken to the local jail where the alleged crime occurred and where the charges originated.

The first court appearance is held in district court, and is called an arraignment – or sometimes just a “first appearance”. The judge will then tell the arrested person what they are charged with and review certain important information with them. The judge will then schedule the next court date. They may also consider bond at an arraignment or schedule a separate bond hearing within a few days. This court appearance may be held as early as the morning following the arrest.

If the arrested person was not given a bond at the arraignment (or first hearing), the next court date will be a bond hearing. Both sides (the prosecution and the defense) can present evidence in support of or against bond. The judge will then determine whether to release the defendant on bond and set the terms of the bond.

If the charges brought against the defendant are misdemeanor charges, then the third court appearance will be a trial date. A misdemeanor charge is a criminal offense that is considered a less serious crime. In Virginia, the maximum sentence for the most serious misdemeanors is 12 months in jail and a $2,500 fine. Examples of misdemeanor offenses include a first offense DUI or an assault and battery. Misdemeanor cases are generally resolved in district court, but can become complicated and require additional hearings. At the third court date, the judge will hear all of the evidence and decide whether the defendant is guilty or not guilty.

If the charges are felony charges, the third court appearance will be a preliminary hearing. A felony is a more serious charge, and there is a broad range of felony classifications. Examples can include drug possession, robbery, rape, and murder. Felony cases are complicated and often involve several hearings before a final result. At the third hearing in a felony case, the judge will hear some of the evidence and determine if the case is strong enough to move forward. After this, there are many different avenues a felony case may take, but all of a defendant’s options should be reviewed with an attorney to determine what is the best possible outcome for them. Felony cases will proceed to the circuit court, where they will either go to trial or be resolved by plea agreement. At The Center for Criminal and Immigration Law, we assess every single case as a potential trial.

If you or a loved one has been arrested, it is important to secure legal representation as early as possible.

Whenever The Center for Criminal and Immigration Law is contacted by the family of someone who has been arrested, we prioritize meeting with the client as soon as possible – within one or two days. If the client has been released, we will schedule an urgent meeting at the office; or if the client is held in jail, we will meet with him or her at the jail and schedule the earliest available bond hearing. Contact The Center for Criminal and Immigration Law to schedule your free criminal consultation today!